How To Fix If your Power Wheels Shifter Breaks? 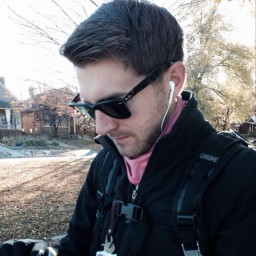 One of the most fundamental parts of any power wheel vehicle is the shifter, automatic or manual. The power wheel shifter will give you a great riding experience and allows you to select and change the gear ratio at any time.

Following are some quick lists of how you should solve power wheel shifter issues.

Stay tuned to learn the step-by-step process. Also, I will discuss some related problems and solutions.

What Is A Power Wheel Shifter?

The power wheel shifter allows the driver to shift the gear wheel holding the steering wheel. The driver does not need to move the hand to the gear lever. It does not make the gear shifting easy, but it also makes it fast and safe.

Power wheel shifter brands have a big rivalry in the market. You may find multiple shifter models and brands. But when it comes to the best, only a few are the choices. Here I have listed the top two performers that will make you happy while using your power wheel.

My first recommendation is the Power Wheels dune racer shifter by the Fisher-Price. It is simple to install, remove and repair. You can improve its broken parts with a bit of know-how. The users have the choices to choose from multiple colors.

It supports your vehicle for both high and low-speed gear shifting. You will find it compatible with a power-wheel toy car and double-seater buggies. You may experience a tire spinning issue initially, but it can be fixed easily.

Power Wheels Gear Shifter Assembly can be an excellent choice for power wheel shifter replacement. It is compatible with all power wheel models and recommends by experts. Its silver color makes it suitable for any color.

You can quickly assemble and dissemble with simple DIY tools. Most of the customers look satisfied. It works well for front and back gear. Its high-quality material not only makes it an excellent performer but also long-lasting.

Ways To Fix The Shifter In Your Power Wheels:

1. Replacing the Shifter with Power Wheels:

It is an easy task to replace the stock shifter in your power wheel vehicle with a short shifter. You just need a certain amount of technical knowledge and confidence that makes the replacement successful.

It takes just half an hour to complete the process. However, it is better to take your power wheel vehicle to a workshop for replacement if you have any doubts.

2. What You Need to Replacing the Shifter

The tools that are needed for the replacement of the power wheel shifters vary among models. Let’s see a list as a guideline for the main tools needed to carry out the process.

Step-By-Step Process To Replace The Shifter

First of all, you need to remove the existing shifter. Begin with removing the shifter knob by screwing it anticlockwise. Continue screwing until it comes off.  After that, you must remove any decoration covering the power part of the shifter.

Now you can remove the shifter easily.

Step 2. Change Parts From the Existing Shifter to the Replacement Shifter

Step 3. Install the Replacement Shifter in the power wheel Vehicle

Mounting the replacement shifter is simply a change in the removal process.  Install the ball cup into the gearbox and replace the bolts and other fasteners.

You will find some short shifters that have extra attachments to adjust the position of the shifter.

Mention the installation instruction for the shifter to mount and use these accurately. At last, replaces the trim and screw the shifter knob in place.

Often just replacing the shifter knob can help you to get a new look. Also, you may get even better control of the transmission of your power wheel throughout this change. Nowadays, there are different types of knobs for power wheel vehicles.

They are designed to provide durability, a better feel, and performance. It is very easy to replace the shifter knob. Let’s see the following process for replacing the shifter knobs.

Removing the 12V F150 gear shifter is very simple. The shifter is connected to the screws. So you can finish the entire job with a simple screwdriver. It will not take more than 5 minutes.

So replacing the shifter is not too difficult. You need patience and a basic idea of using the tools needed to complete the task. Nevertheless, if you feel less confident in that job, get help from an expert.

About the Author Jimmy Boyera

I have owned plenty of sports cars, bikes, and power wheel rides on vehicles for kids over the years, matching different tests I hit daily.
When I began to get many questions from friends & family about riding toy cars for kids, I decided I can help a significant group by a blog, something like My Tiny Rider.

Besides, as I discussed the idea with my fellow automotive experts and child specialists who had the same interest, some of them weighed in & that is how My Tiny Rider became a reality.
My thorough, thoughtful, evidence-based approach has driven to a loyal patient following & rewarding and successful career as an automotive expert.

I welcomed the opportunity to join the My Tiny Rider Team as a platform to share my knowledge & experience.